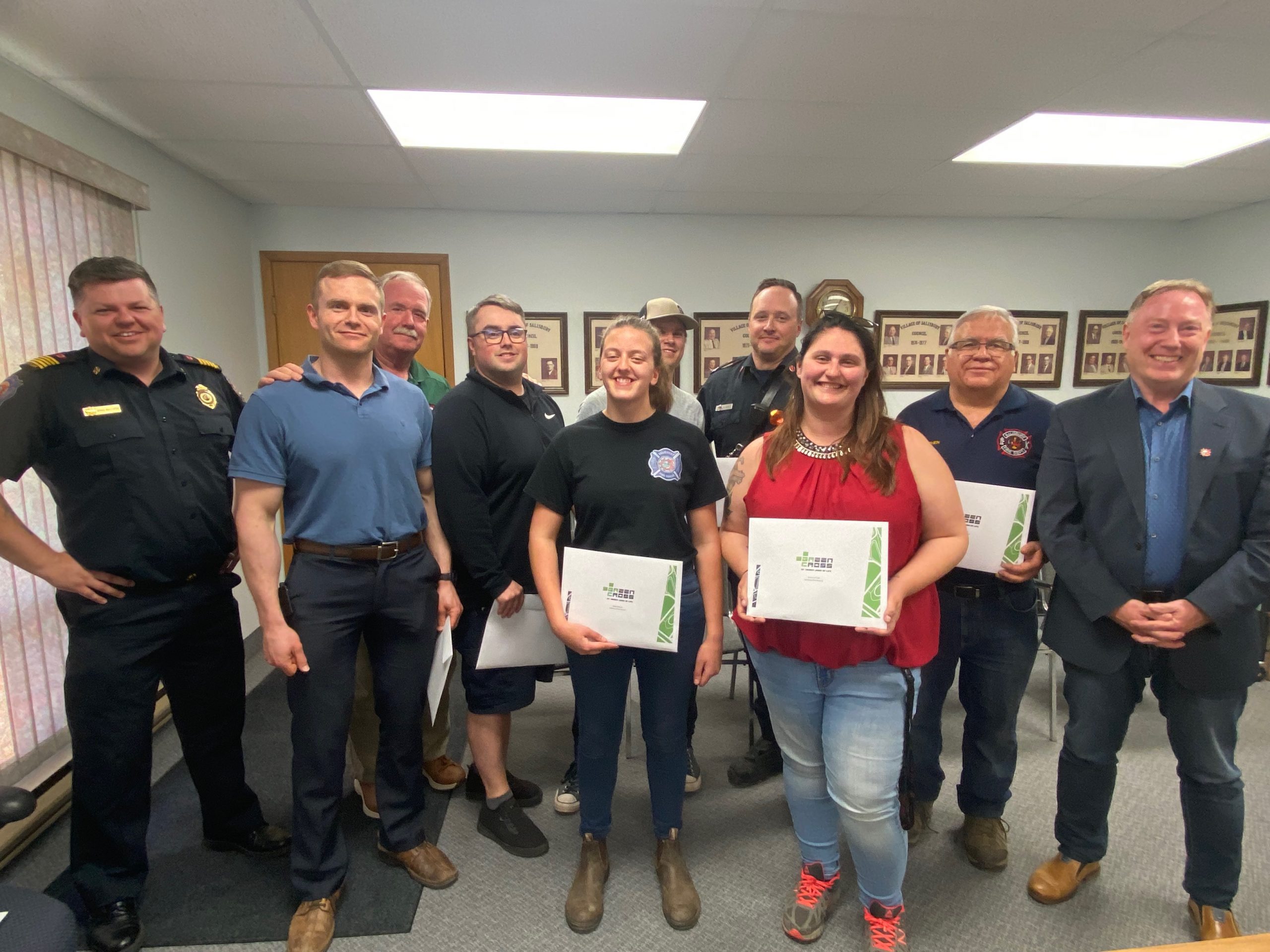 Early morning on July 11, 2021, members of Salisbury Fire Rescue responded to a motor vehicle accident on Route 112 north of Salisbury in which a truck had gone off the road during a heavy rainstorm, striking a utility pole. The roof of the vehicle was flattened, trapping and severely injuring the driver. Using the HURST Jaws of Life, the SFR members successfully freed the victim from the vehicle within 15 minutes, allowing for transport to hospital where the victim eventually recovered.

The Green Cross Certificates were presented during the May 24, 2022 meeting of the Council of the Village of Salisbury.