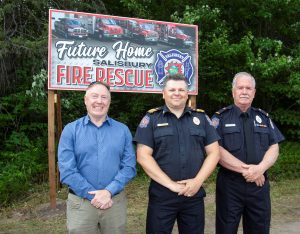 Salisbury has set a plan in motion for the construction of a new fire station.

Yesterday, members of Salisbury Fire Rescue joined Village Council in announcing a location for this vision. During the Council Meeting on December 29, 2021, it was approved to acquire a property on Main Street just east of Fredericton Road, where a sign unveiling was held last evening.

As the community of Salisbury grows, so grows the needs of the region’s volunteer fire department.

The existing fire hall on Douglas Street has been used for several decades and is described by Fire Chief Brad MacLeod as a very cramped space with barely enough room to safely get around the trucks. Some equipment must even be parked outdoors year-round.

The intent is for the new building to be large enough to address these equipment storage issues and provide the necessary room for growth in membership. “It will also be equipped with drive-through parking to improve safety by eliminating the risks of backing up. We will also be moving away from the schools, which can be very dangerous at times when students are being picked up or dropped off,” says Fire Chief MacLeod.

Preliminary planning has already begun for the new fire station.

“Not only are we one of the fastest-growing communities in New Brunswick, Salisbury acts as a gateway to Atlantic Canada with higher automobile and transport traffic than almost every other area in the province. With more vehicles than ever passing by and through our Village, it is Salisbury Fire Rescue that responds to a rising number of accidents each year,” says Mayor Campbell.

Salisbury Fire Rescue was founded in 1973. The department consists of 25 members and boasts five response vehicles including its “Silver Fox,” a 2019 Freightliner Multi-Purpose Pumper-Tanker. 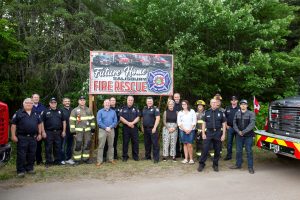 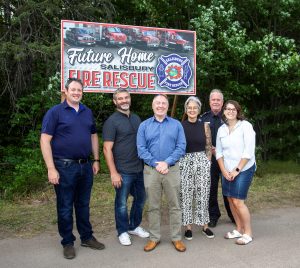